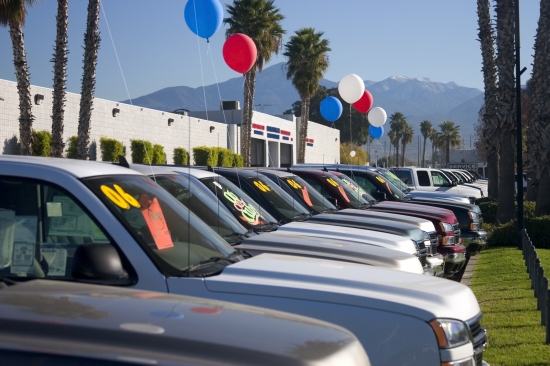 woke up to a ton of text messages and missed calls from the dealership my partner and I own.

Startled and feeling anxious, since this was really usual, I opted to call in right away to see what was happening. Frank was livid!

Apparently when he opened the lot this morning, he discovered a full row of trucks that we had displayed lining the freeway, had been keyed up really bad overnight. Not only that, but someone had tried to crowbar into the back door to our office.

The cameras we’ve had since we took over the lots years back only caught a couple of black burry blobs weaving in and out of the vehicles before disappearing in the neighboring bushes and the ones facing the back of the building where the office was located had gone out on us…again! We had a wicked lighting system put in recently but it only illuminated the painful fact that our cameras didn’t cut it.

When the images were enlarged to try and identify the suspects, it looked like characters you’d find in the old Pac Man games. This was a major setback for us, this was going to be a record month and now it’s going to cost us huge.

Auto Dealerships attract all kinds of people, day and night. Many lots are lit up like softball fields at night, yes, but lighting alone will not protect you nor deter thieves and vandals the way you’d think, nor will an ancient outdated camera system. Technology today offers so many advantages and creative solutions to make sure that your investment is highly secured. You can opt for IP-based solutions and wireless systems, you can have your lot patrolled by remote guard services at scheduled times throughout the night and you can check in on your lot 24/7 from wherever you are. Not only that, but if you chose cameras with built-in analytics, they have the ability to cast virtual barricades around your property overnight so when breached by an opportunist or loiterer, a video-verified alert can be issued for immediate Police response. There are also scalable systems available so why not put all of your lots on the same platform and manage your cameras AND intrusion system from the same application, rather than having multiple companies handle different security areas?

These are options that make sense nowadays. 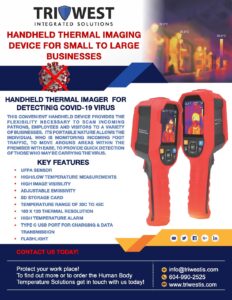 The latest in THERMAL DETECTION for COVID-19 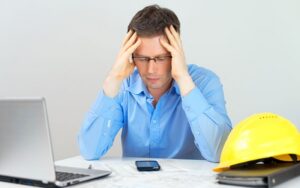 Your phone rings for the third time today. It’s a client you are not looking forward to talking to because last night’s break in at